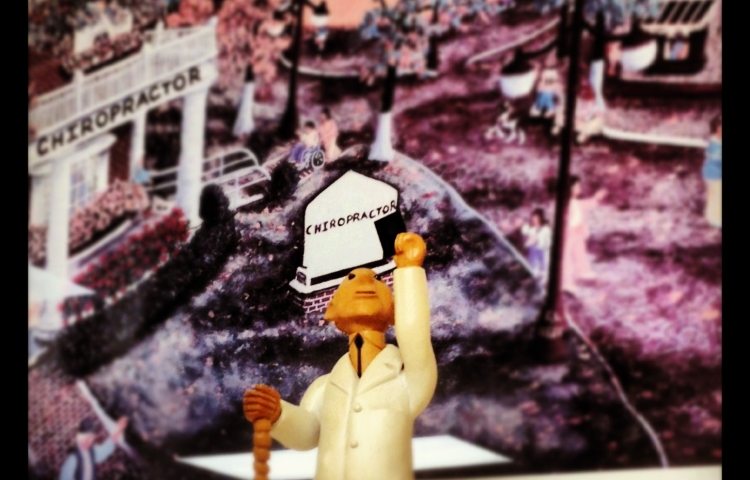 How Chiropractic Was Founded

Chiropractic was founded by a man named Daniel David Palmer.  Those in the profession merely make reference to him as D.D. Palmer.  In the late 1800’s D.D. was an avid student of the human body and began formulating an idea that nerves from the brain that go down the spinal cord and extend furthermore from each vertebral level, go to control different areas of the body and if impeded by poor spinal motion or position can lead to disease.

To be fair this idea was not his alone, writings from China and Greece written in 2700 B.C. and 1500 B.C. reference spinal manipulation to aid with easing low back pain.  Hippocrates many years later, in one of his writings states, “Get knowledge of the spine, for this is the requisite for many diseases.”  Even a quote by Thomas Edison who lived between 1847 and 1931 said, “The doctor of the future will give no medicine but will interest his patient in the care of the human frame, in diet and in the cause and prevention of disease.”

As D.D. Palmer continued his research it led to the momentous day in chiropractic history when he delivered the first chiropractic adjustment to a janitor named Harvey Lillard.  The day was September 18, 1895.  In D.D.’s own words, "Harvey Lillard, a janitor, in the Ryan Block, where I had my office, had been so deaf for 17 years that he could not hear the racket of a wagon on the street or the ticking of a watch. I made inquiry as to the cause of his deafness and was informed that when he was exerting himself in a cramped, stooping position, he felt something give way in his back and immediately became deaf. An examination showed a vertebra racked from its normal position. I reasoned that if that vertebra was replaced, the man's hearing should be restored. With this object in view, a half‑hour's talk persuaded Mr. Lillard to allow me to replace it. I racked it into position by using the spinous process as a lever and soon the man could hear as before. There was nothing 'accidental' about this, as it was accomplished with an object in view, and the result expected was obtained. There was nothing 'crude' about this adjustment; it was specific, so much so that no Chiropractor has equaled it." according to his book entitled "The Chiropractor's Adjuster." Portland Printing House Company. 1910. P. 18.

Most lay people never know that chiropractic came into being, not with a headache or back pain being resolved, but with a hearing loss of 17 years being restored.  This is an important reminder that the nerves from the brain go to control all aspects of human function and if interfered with can lead to all types of dysfunction and disease.  B.J. Palmer (son of D.D., who is further credited with the development of chiropractic) may have said it best, most simply with this quote, “Nature needs no help, just no interference.”